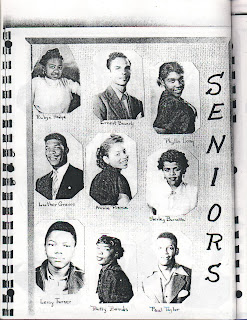 PHOTO AT LEFT: In the 1952 Douglass Annual, Mrs. Shirley Burnette Powers is in the second row, on the right hand side.