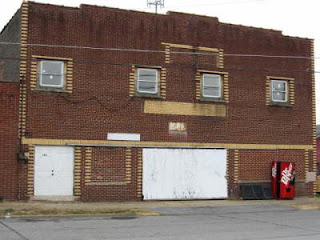 MR. WILLIAM HICKMAN: When I first came to Riverview, we used to ride our bicycles around because there wasn't any houses or any cars or anything over here, no sidewalks or anything. There were only two houses I believe in Riverviewat the time. The houses were Ms. (Lillie) Smith and I believe Mr. Jim Stafford were the only two houses that were in Riverview, all the rest of the place was empty fields. I don't know too much about the naming of the streets, I think Jim Stafford had a lot too do with the naming of the streets and things like that, becuase maybe him and Mr. Dobbins did things like that. My grandmother and grandfather came over from North Carolina, and Idon't know who they bought their property from. Back then, Riverview was a good place for me to ride my bicycle. At first all the students from Riverview had to go under the Underpath to go to Douglass on Walnut, I mean East Sevier, until they built the new school. And then it was reversed. All the students from (across town) had to use the Underpath to come to the new Douglass. The whites found out the Blacks were going to be right in the center in Kingsport, we couldn't buy no other property no where else, only two blocks of Walnut Street (East Sevier) or Maple Street that they would let us build on, so they had to find somewhere to move us. We had a lot of undesirable homes there that people were living iin over there on Walnut Street. Old man Dykes, he would build little old cardboard houses and rent to people and you could almost see the floor, they were so shabby. Before they built the apartments in Riverview, Jim Ross built him a little house over here and it was a pond where he watered his cows and things out of that pond, it was more or less a creek or something. It looked like a little lake at times. I was drafted in 1943, and when I got back, things had changed. In the American Legion building, we had a brick mason school where veterans that came out of the service could go and learn skilled labor. They built Mr. Callahan's house for him. The people that went to brick school, that was for training, they built, they laid the brick for the Callahan's. One of the instructors, we called him Pop Fields. Mr. Stevens taught the day class, it go so big they had a day and a night class. People came from Greeneville, Morristown, Rogersville all over to do masonry work.
Posted by douglassriverview at 6:06 PM